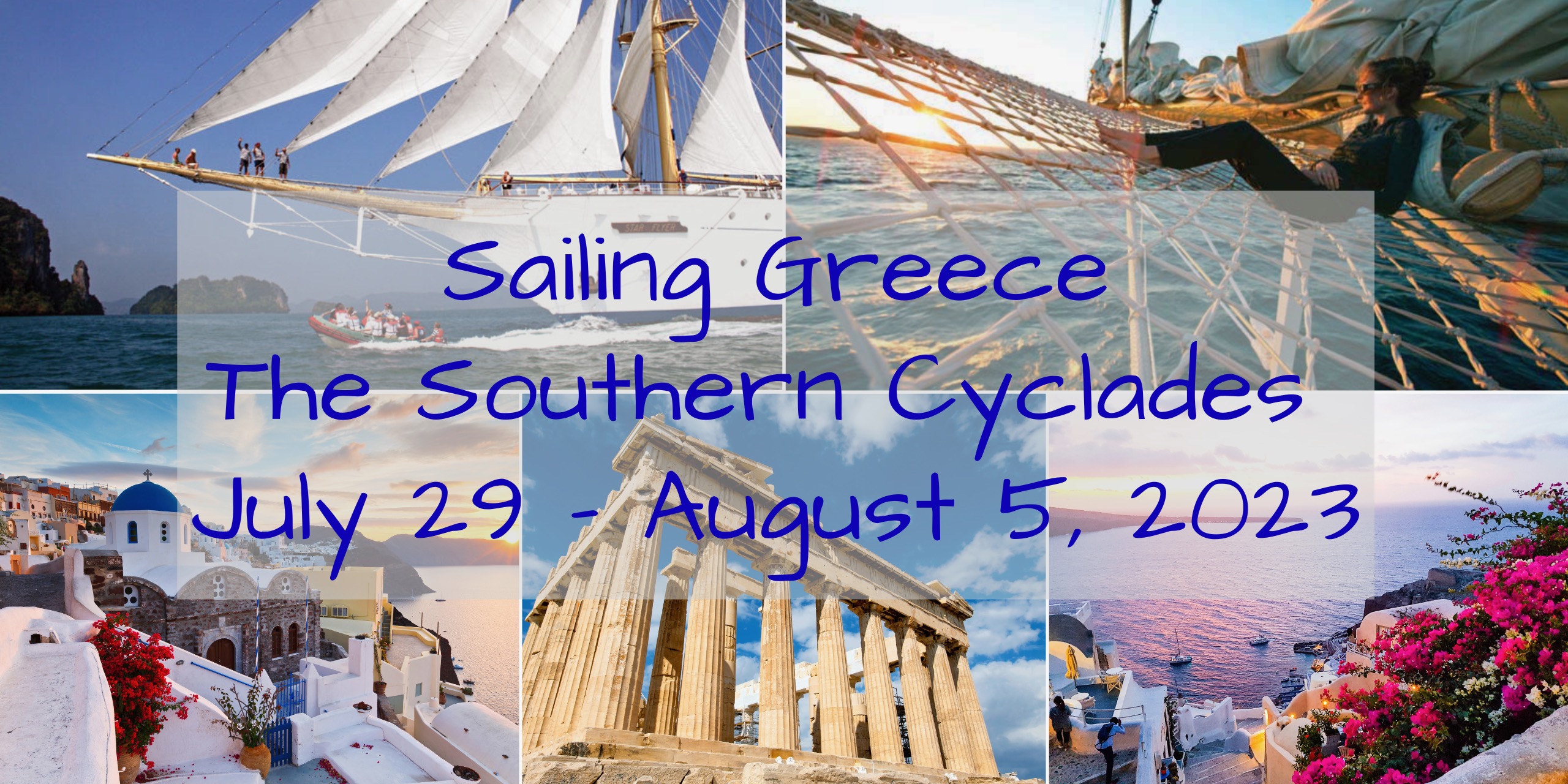 Sail the Southern Cyclades of Greece and Turkey

on the Beautiful Clipper Ship

Witness the Sunsets of Santorini, Swim the Blue Waters of the Aegean Sea, and Set Sail to your Dream Vacation

~ Proof of Travel Insurance is required by the host company “Star Clipper” to participate in this cruise.

~ Special Pricing… book now and save 10%

Countdown to the LDS Singles Greece, Sailing the Cyclades

I want to come! Book me now. 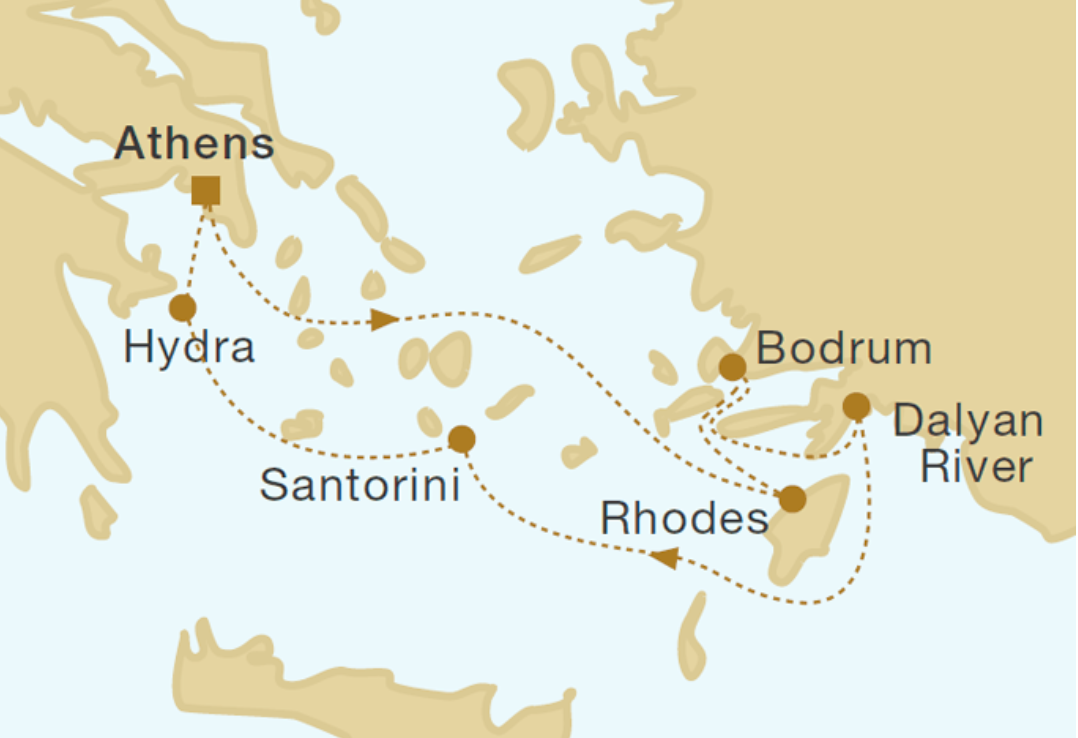 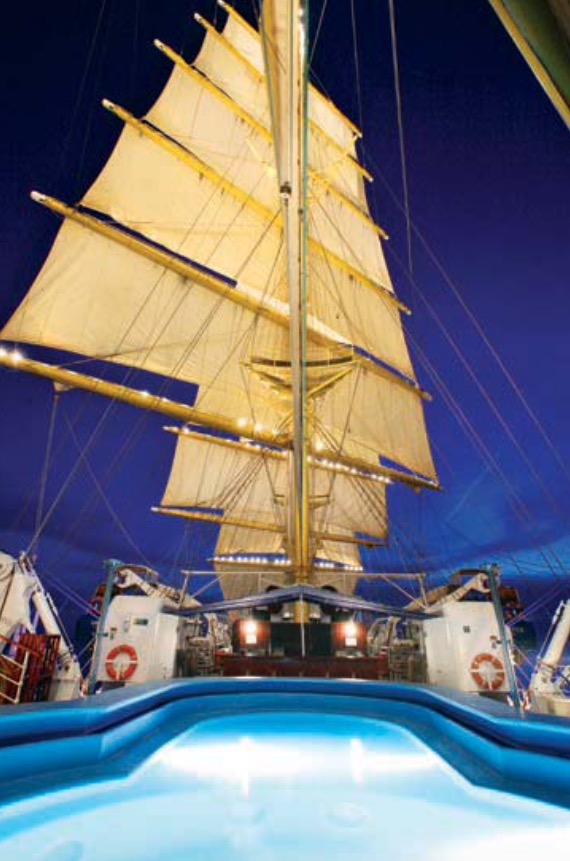 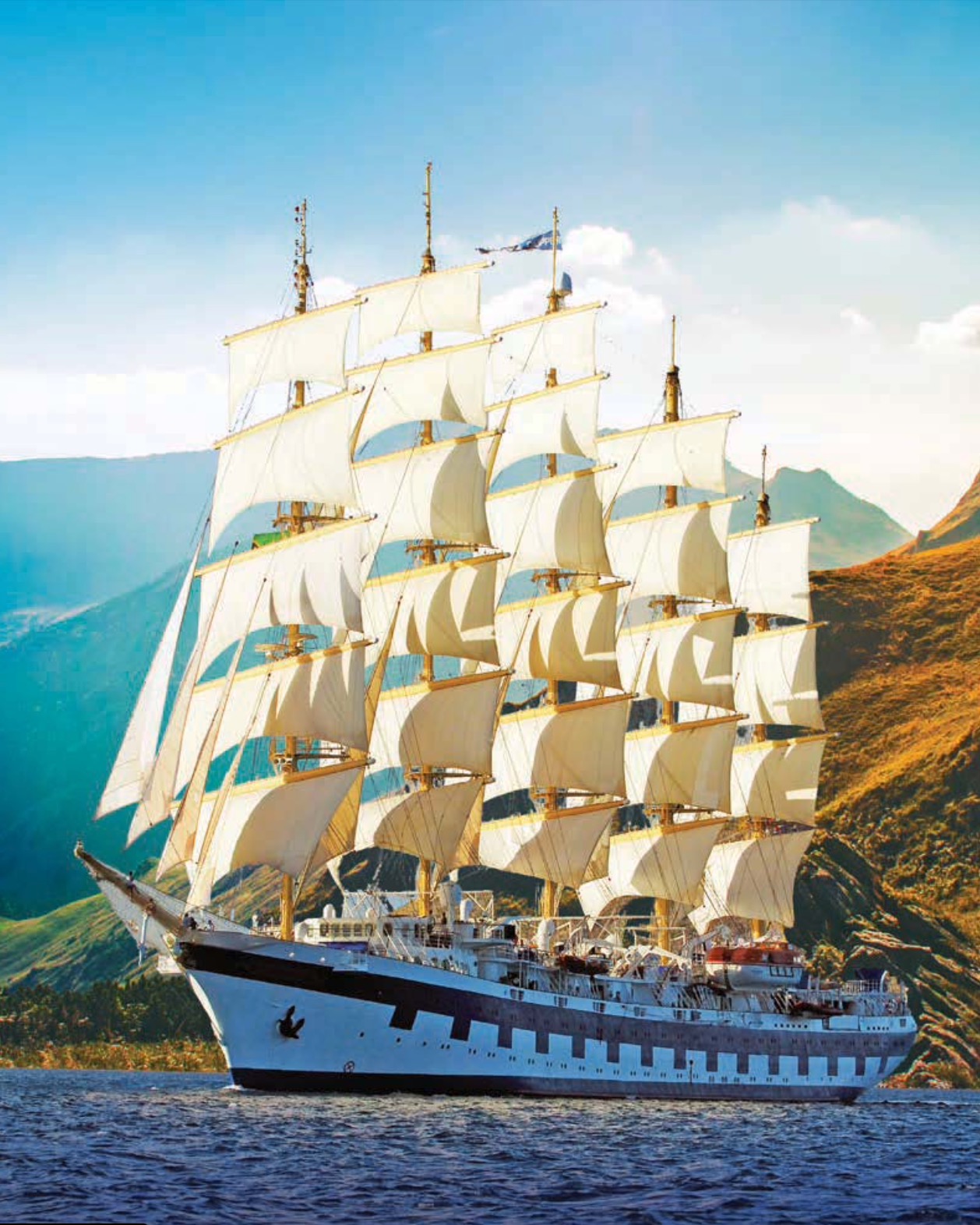 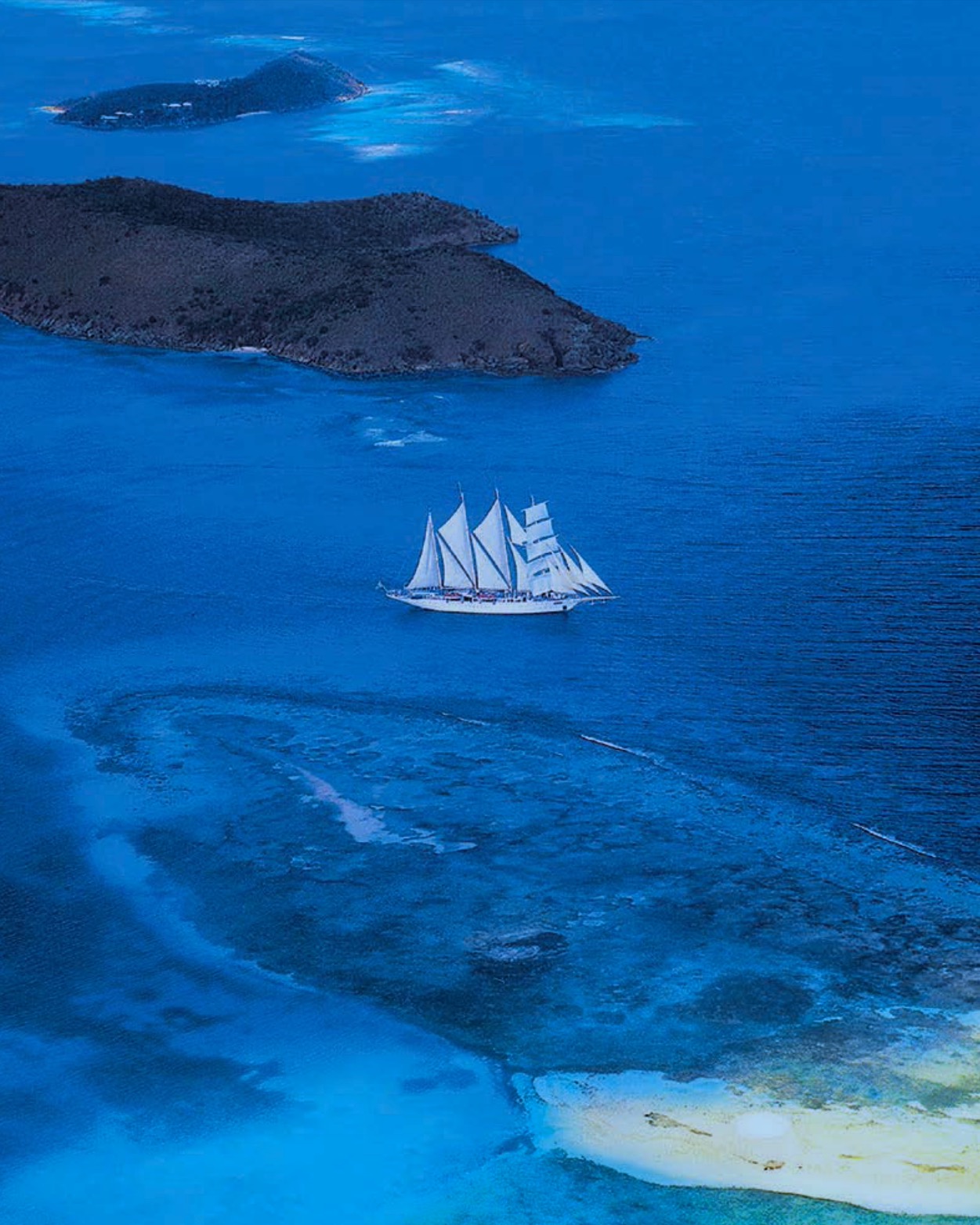 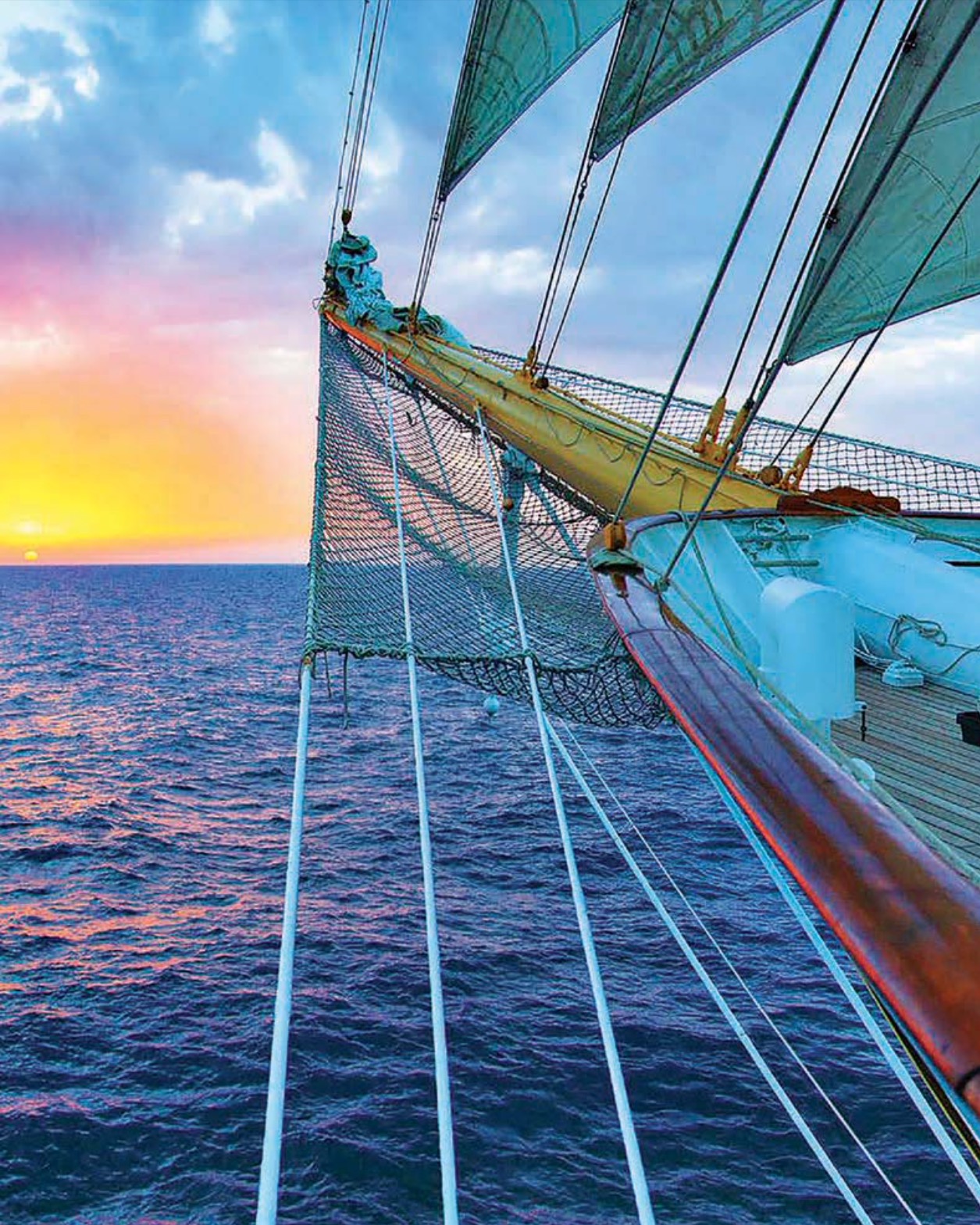 Our Ship, “The Star Flyer”

The Star Flyer, twin sister to The Star Clipper, is a true Clipper Ship reflecting her proud heritage in every inch of the polished brass and gleaming charm. Star Flyer is a modern small ship in every way, created for adventure-loving passengers looking for the tradition and romance of the legendary era of sailing ships but with the comforts and amenities of the present day. Star Flyer is 379 feet long and can carry 166 guests in pampered comfort, over 36,000 square feet of sails. Sixteen sails billowing in the wind.

This ship offers spacious accommodations and expansive teak decks with ample space for walking and relaxation. In fact, you’ll find that this ship offers more outdoor space per passenger than most conventional cruise ships. The decor of Star Flyer is reminiscent of the grand age of sail with a modern touch. Antique prints and paintings of famous sailing ships appeal to the eye, while polished decks and gleaming mahogany rails are richly reminiscent of Star Clippers’ proud nautical heritage.

Star Flyer features open-seating dining in an elegantly appointed dining room, delightful indoor and outdoor Tropical and Piano bars, and an Edwardian-style library where a Belle Époque fireplace glows with a warmth that reflects the friendliness and enthusiasm of Star Clippers’ hospitable officers and crew.

Star Flyer uses very pure, high-quality low Sulphur gas oil for which the company was awarded the International Air Pollution Prevention Certificate. Star Flyer was the first ship in the world to receive the award.

It’s more than just a vacation

When you join Cheri’s Travel Spot on this fun getaway, you’ll experience all the amazing amenities that the Star Flyer has to offer PLUS a special invitation to our private LDS Singles activities we’ll be throwing!  Here are some examples of what you’ll enjoy. 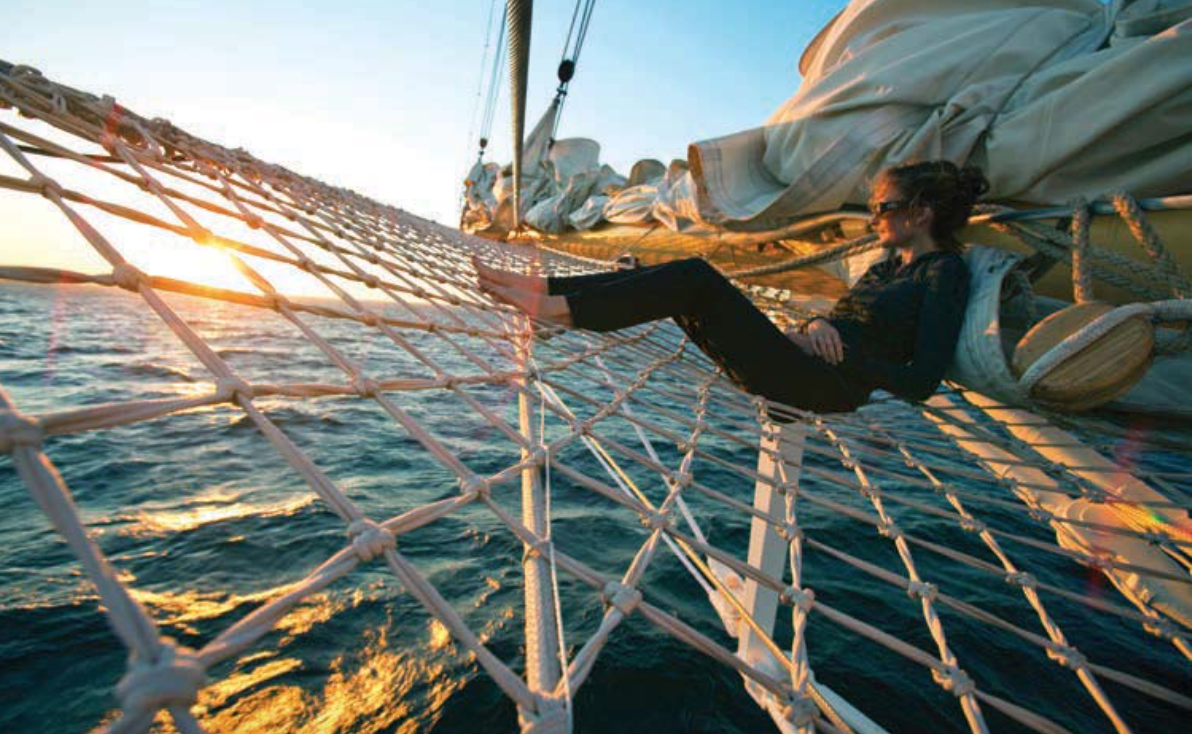 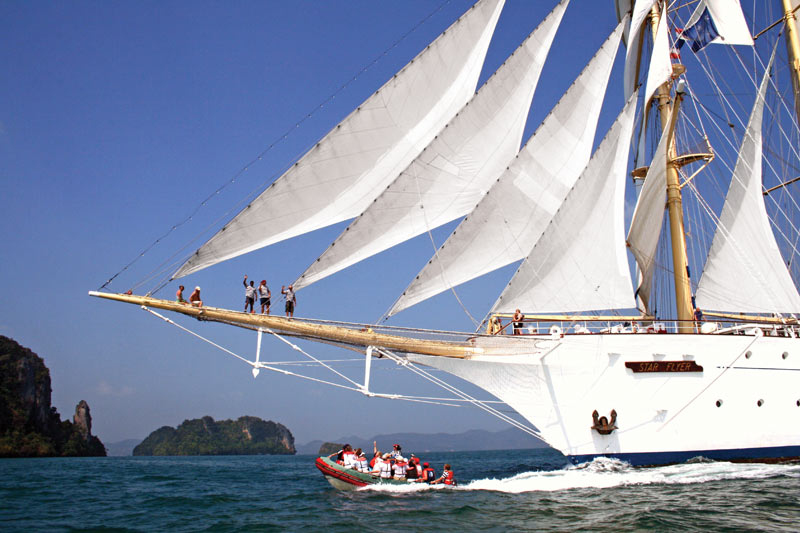 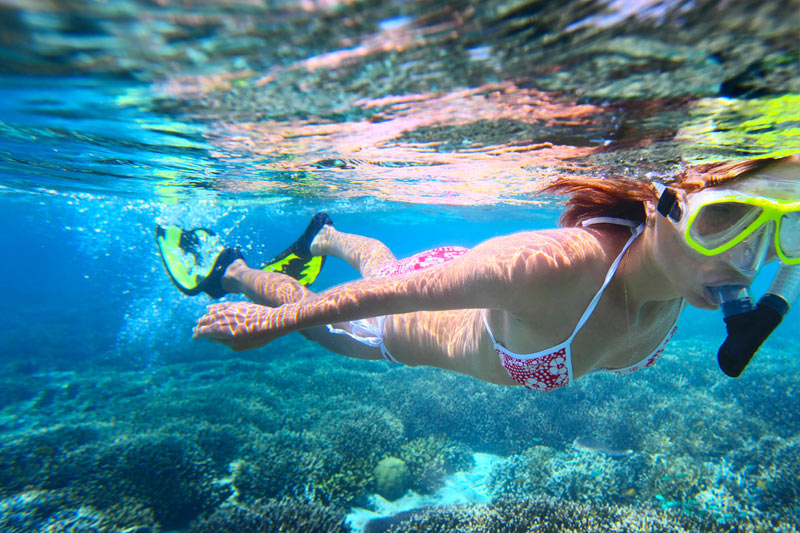 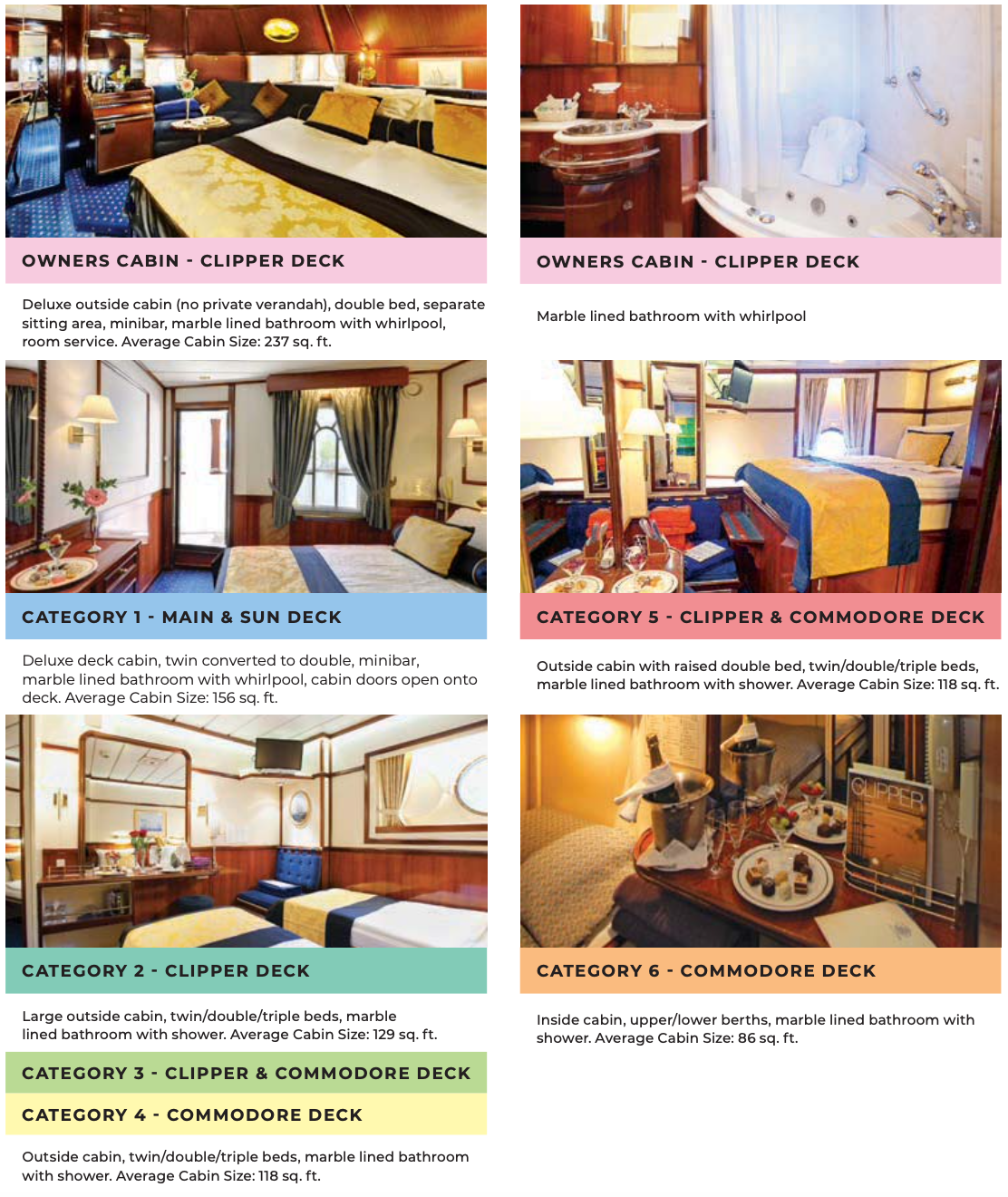 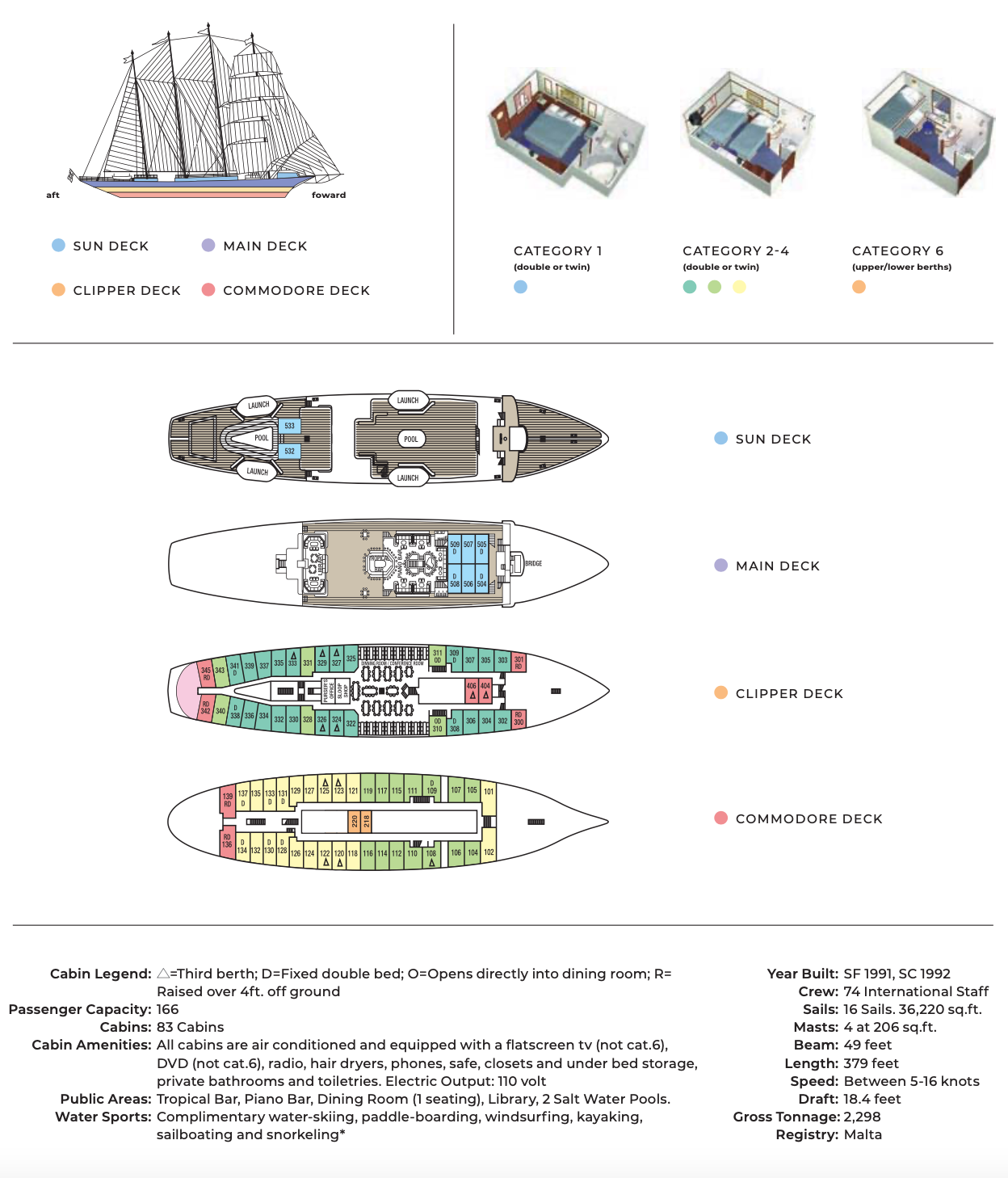 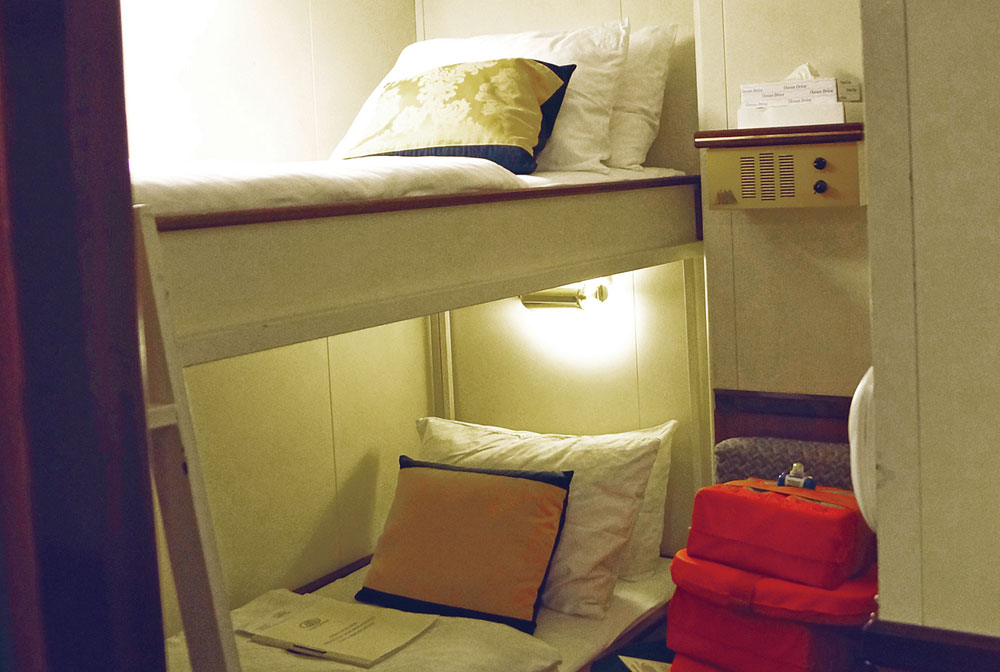 INSIDE CABIN – SOLD OUT 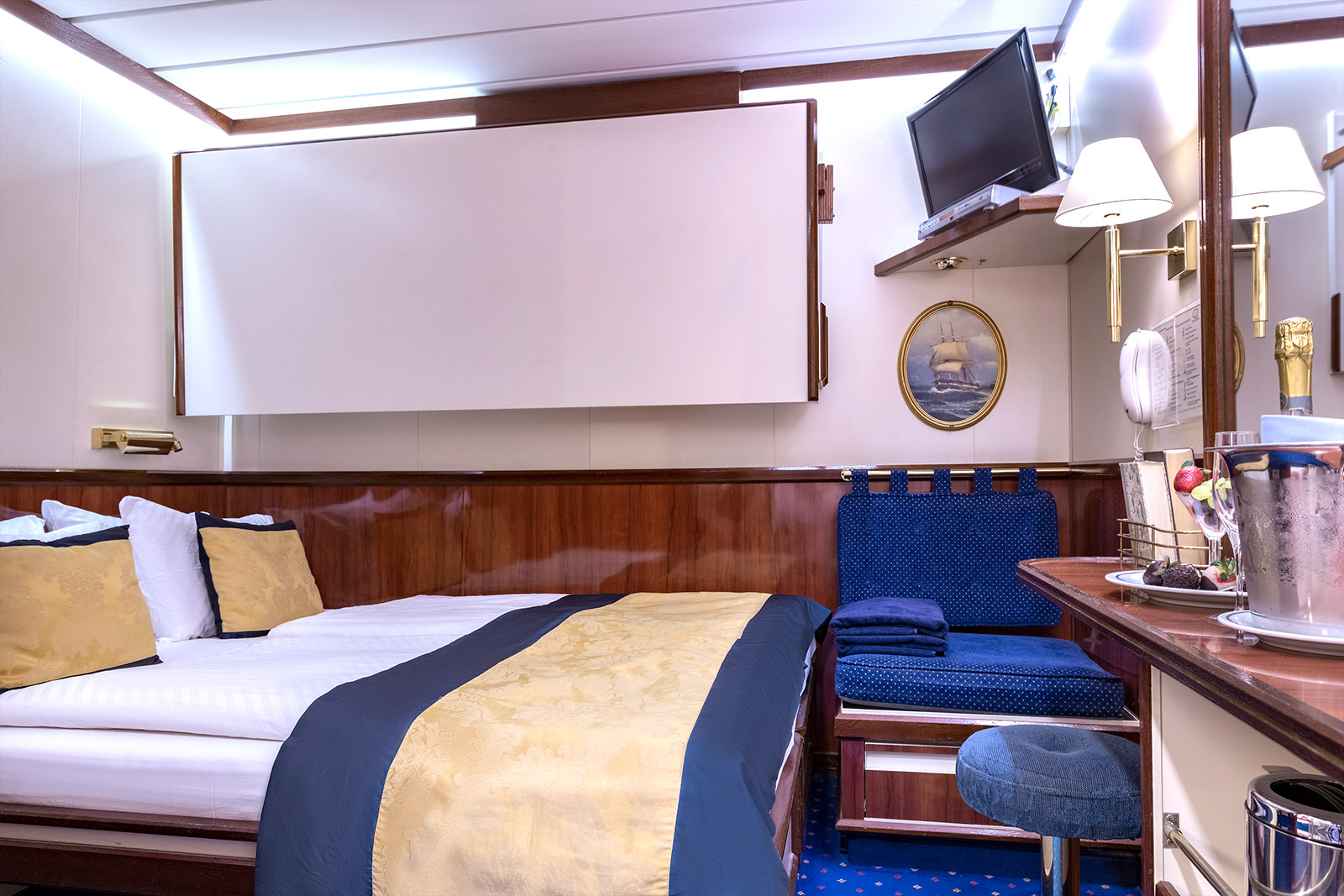 INSIDE OR OUTSIDE CABIN – Only 1 fixed double bed cabin left 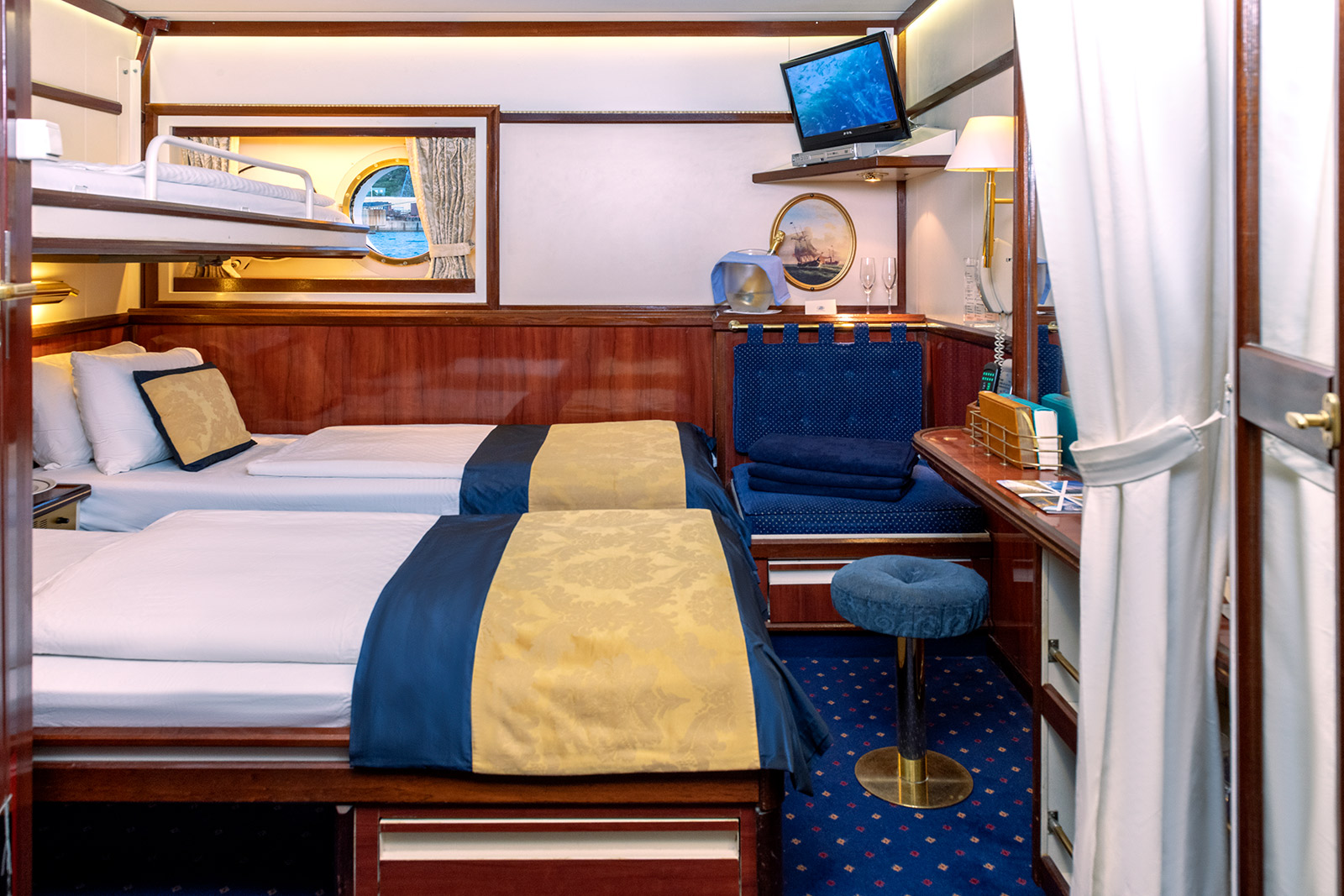 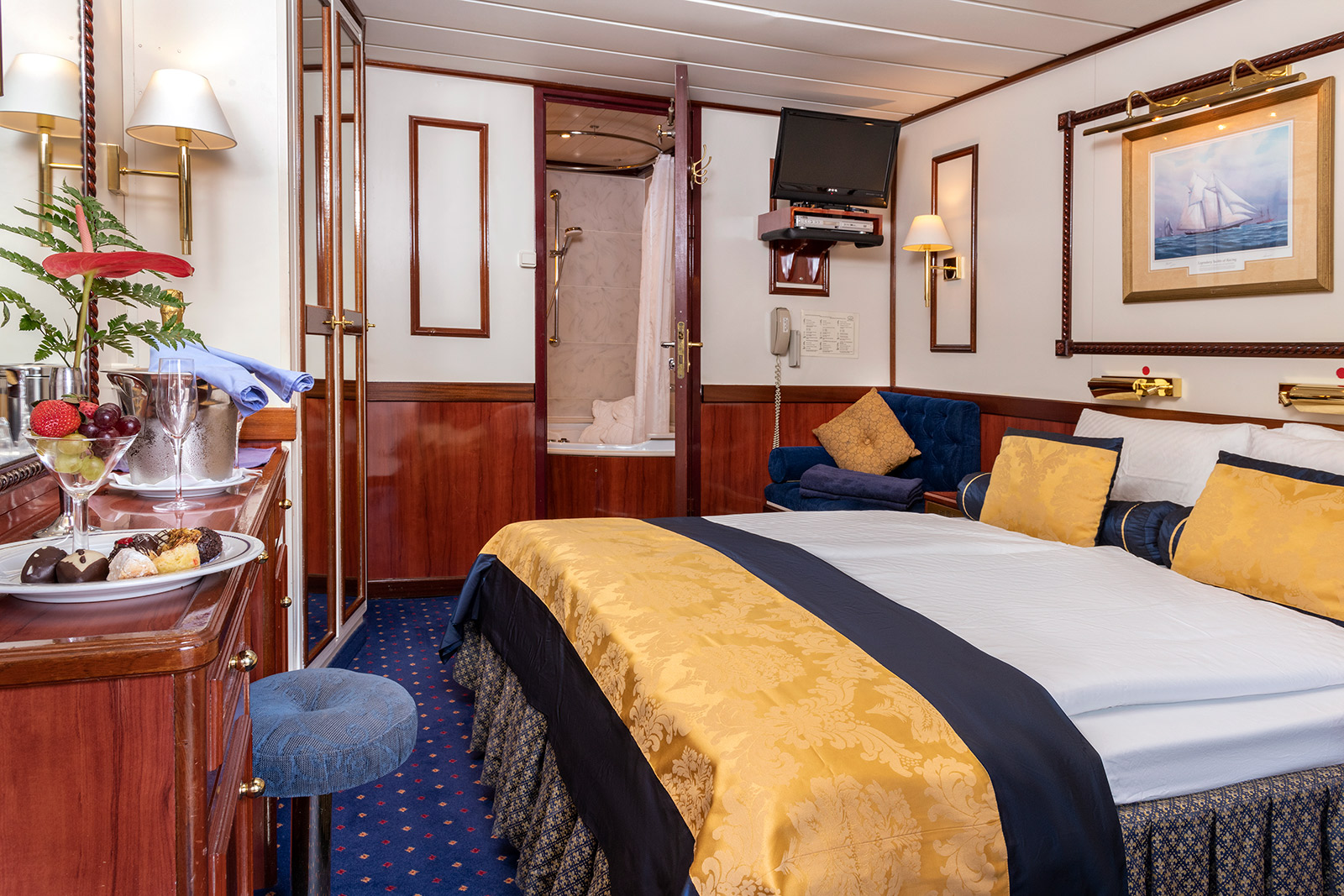 DELUXE DECK CABIN or OUTSIDE CABIN 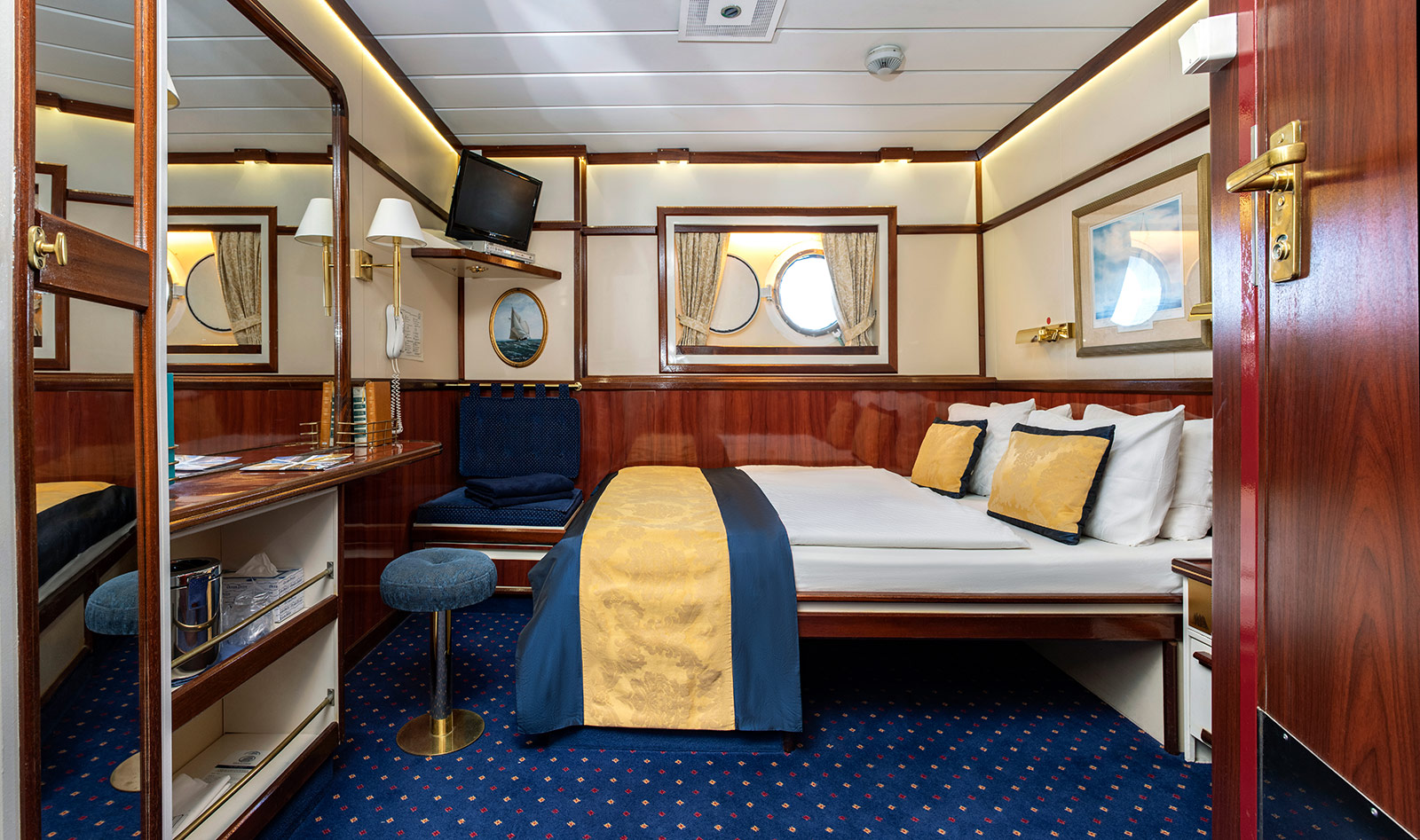 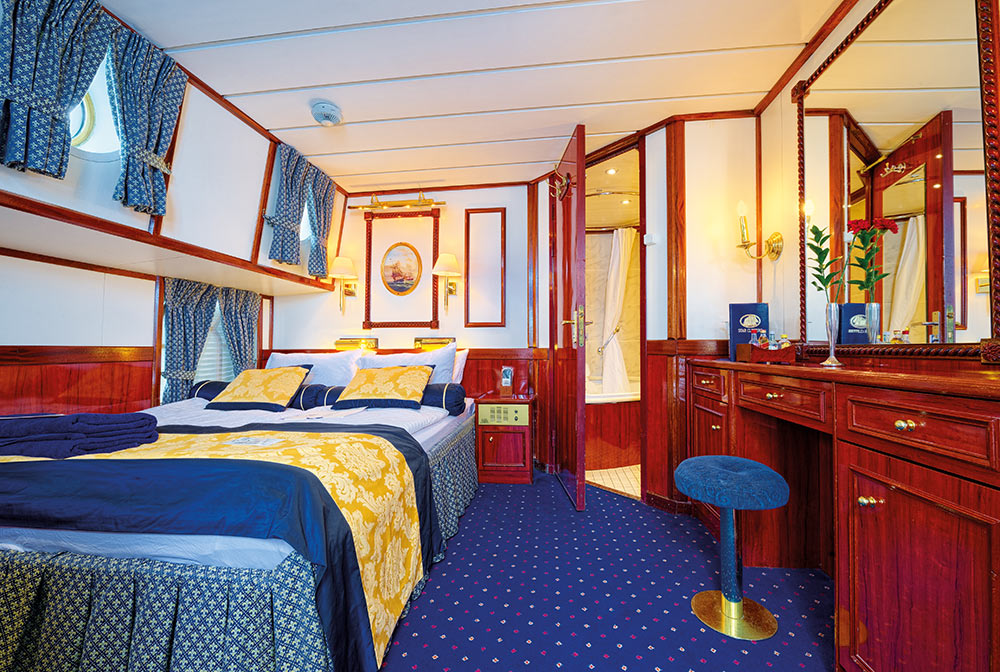 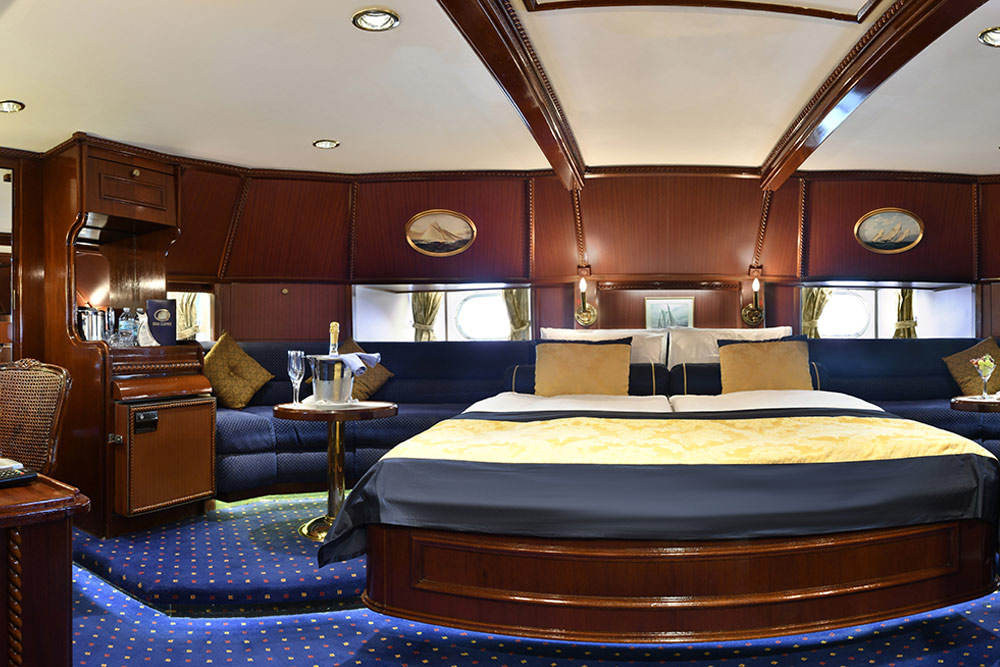 Your cabin is ingeniously designed for comfort and efficiency, with;

All cabins are non-smoking

Know before you go

*subject to change based on weather, ocean conditions, and captain’s judgement 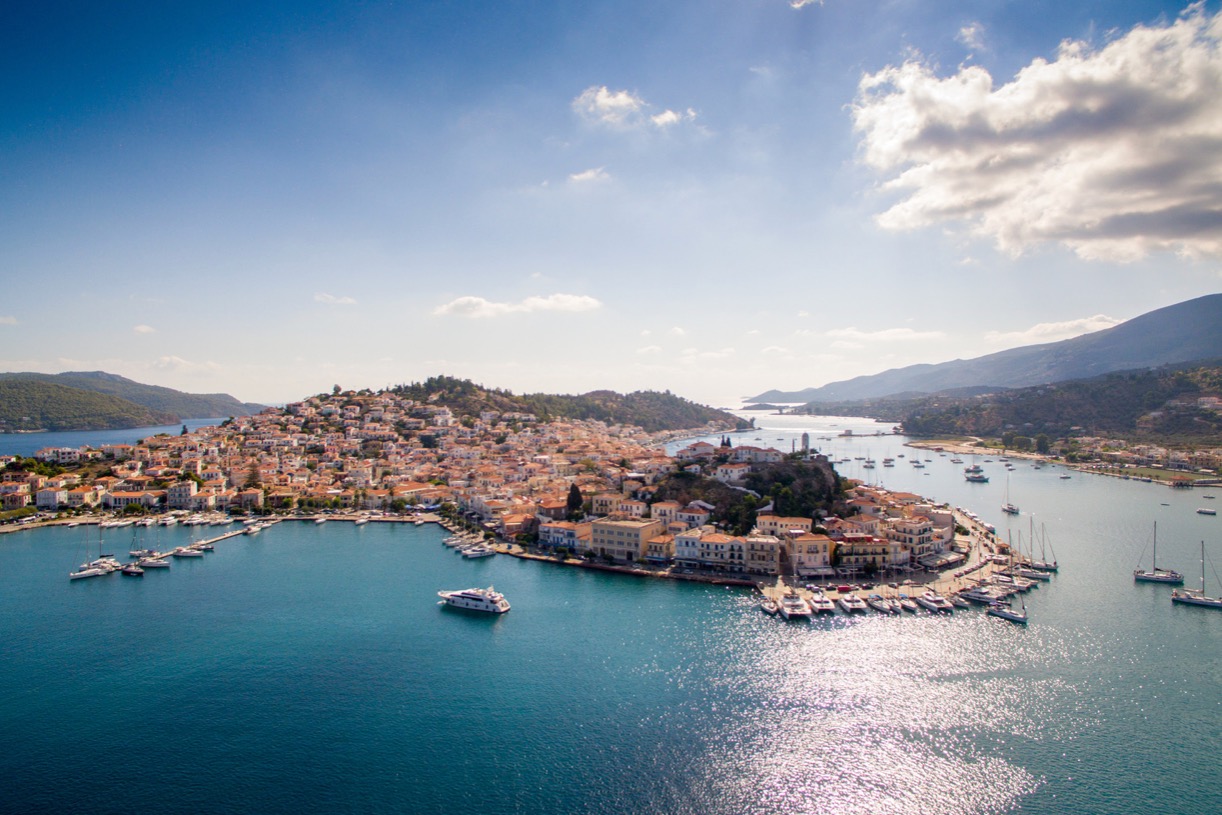 All aboaaaaard!!! We will have a welcome meeting in the early evening and dinner as a group.  The night will continue with the ship’s entertainment options or get comfortable and explore the ship. 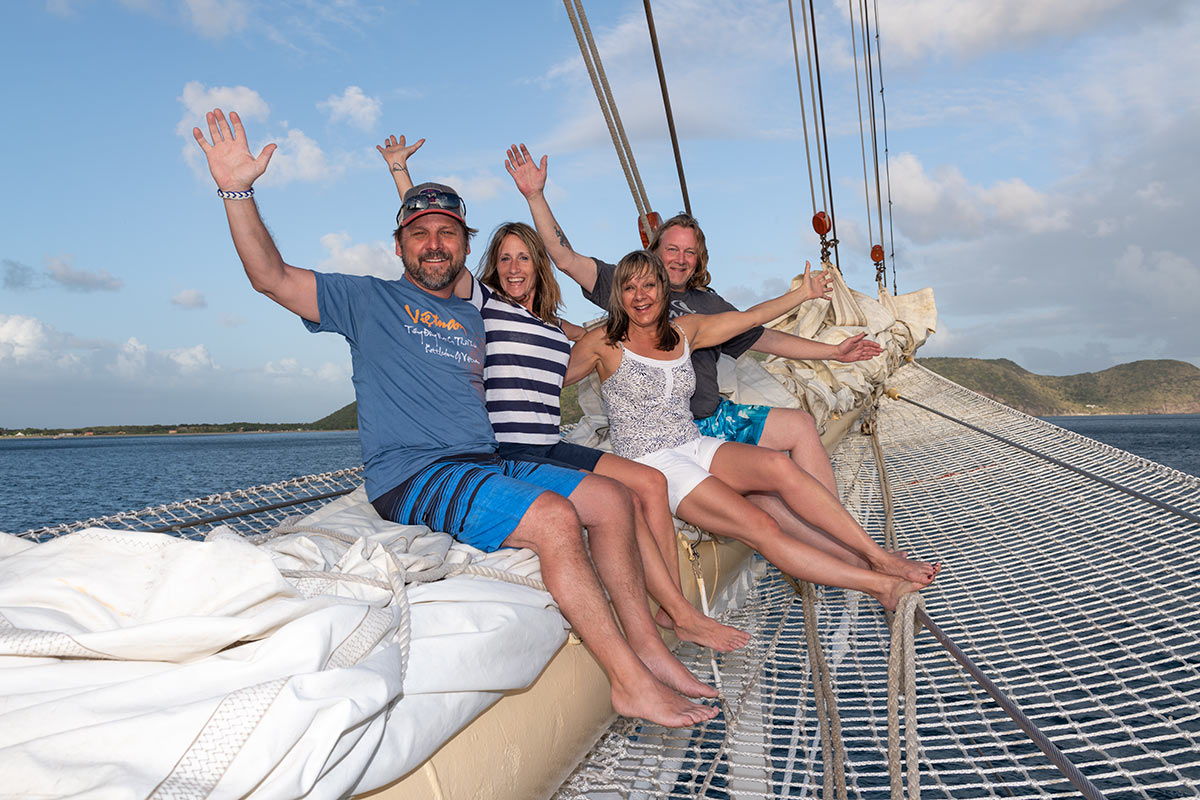 Enjoy the ships amenities, relax on deck, work on your tan, play games and socialize.  The day is yours to enjoy onboard. 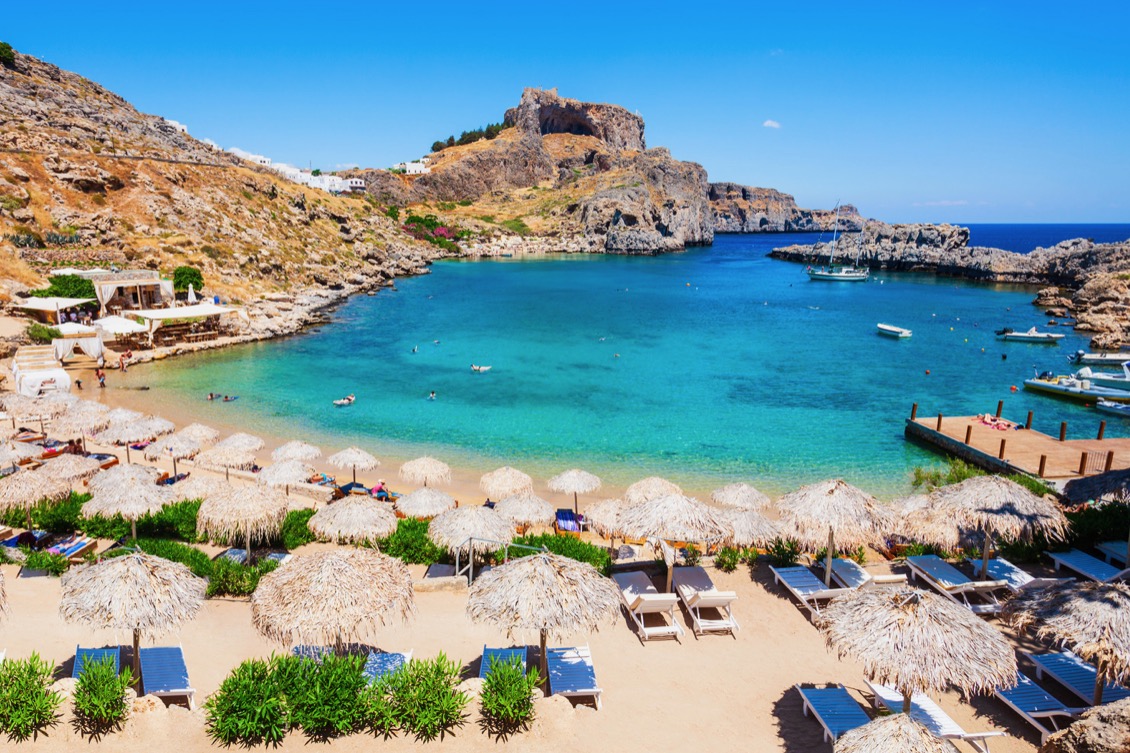 With its age-old history and incredible natural beauty, Rhodes has always been a major pole of attraction. The island boasts a mild climate, a unique and varied landscape, dazzling blue sea and a host of historical monuments. It is the site of one of the Seven Wonders of the Ancient World – the Colossus of Rhodes.

The Island was inhabited as far back as the 16th century BC. The golden era was from the 5th to the 3rd century BC when Rhodes was an important religious, commercial and political centre. During this period Rhodes became one of the most important trading centres in the Mediterranean. Thanks to its strategic location, Rhodes was also of vital importance to the Crusaders and the Ottoman Empire. The present-day city of Rhodes is a fascinating medieval city completely enclosed by a five-mile flower covered wall. The medieval part of the city, once occupied by the Turks, is absolutely fascinating with narrow stone paved streets, 15th century buildings, archways, flying buttresses, minarets and fountains. The Street of the Knights is the finest example of a late Gothic street to be found anywhere in Europe. The Fifteenth century inns of the Knights of Seven Languages were built along this street, and four of them remain standing to this day. At the end of the Street of the Knights is the imposing 14th century Grand Master’s palace, a massive citadel that dominates the old town. It was destroyed in 1856 and reconstructed in 1939.

During the winter season (Through May) the Ministry of Tourism reserves the right to open museums on Mondays or not as the case may be. Excursions will be modified accordingly 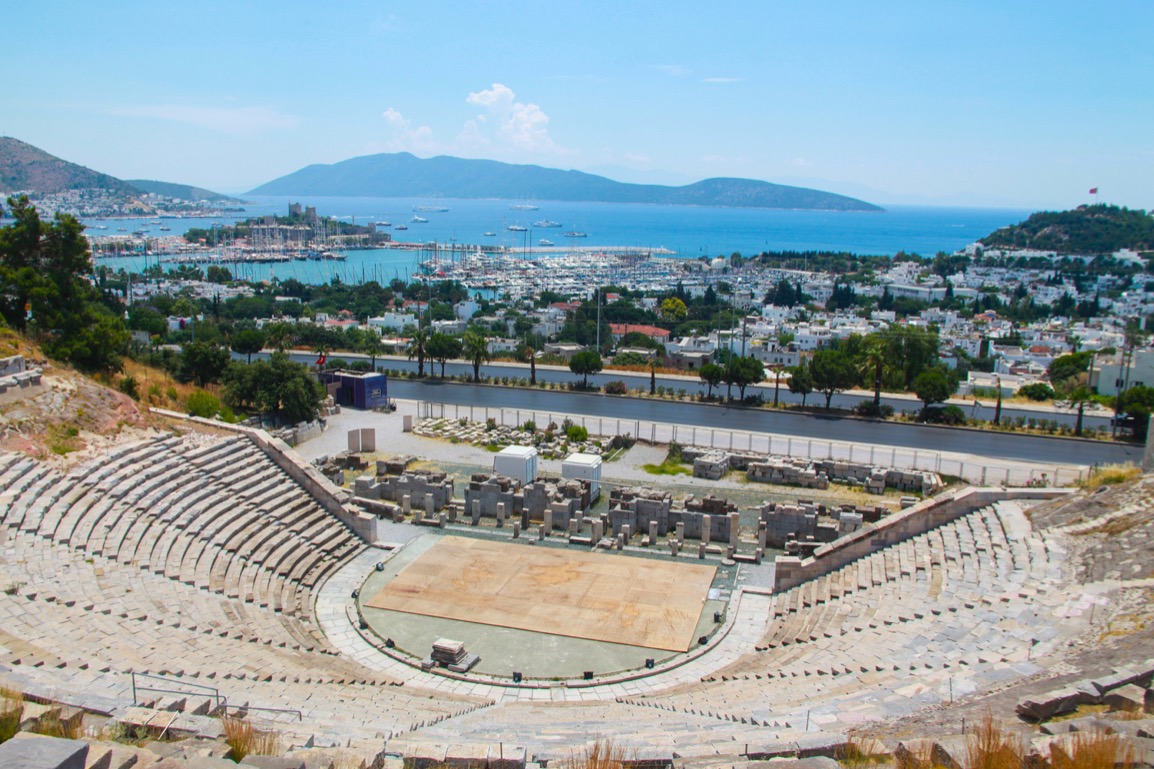 Bodrum was founded on the site of the ancient city of Halikarnassos, and the many treasures to be found in the Bodrum museum bear witness to the fact that 5000 years ago it was home to a wealthy and sophisticated people. The magnificently decorated tomb of King Mausolos, “the Mausoleum”, was known as one of the Seven Wonders of the Ancient world, and the word “mausoleum” has now passed into current usage. Nowadays the twin bay town is one of the most important centres of tourism in Turkey with a wealth of cultural and historical attractions and an easy bohemian life style. There are many lively cafés near the port as well as a colourful local bazaar. Arts and crafts include carpet and kilim manufacturing. 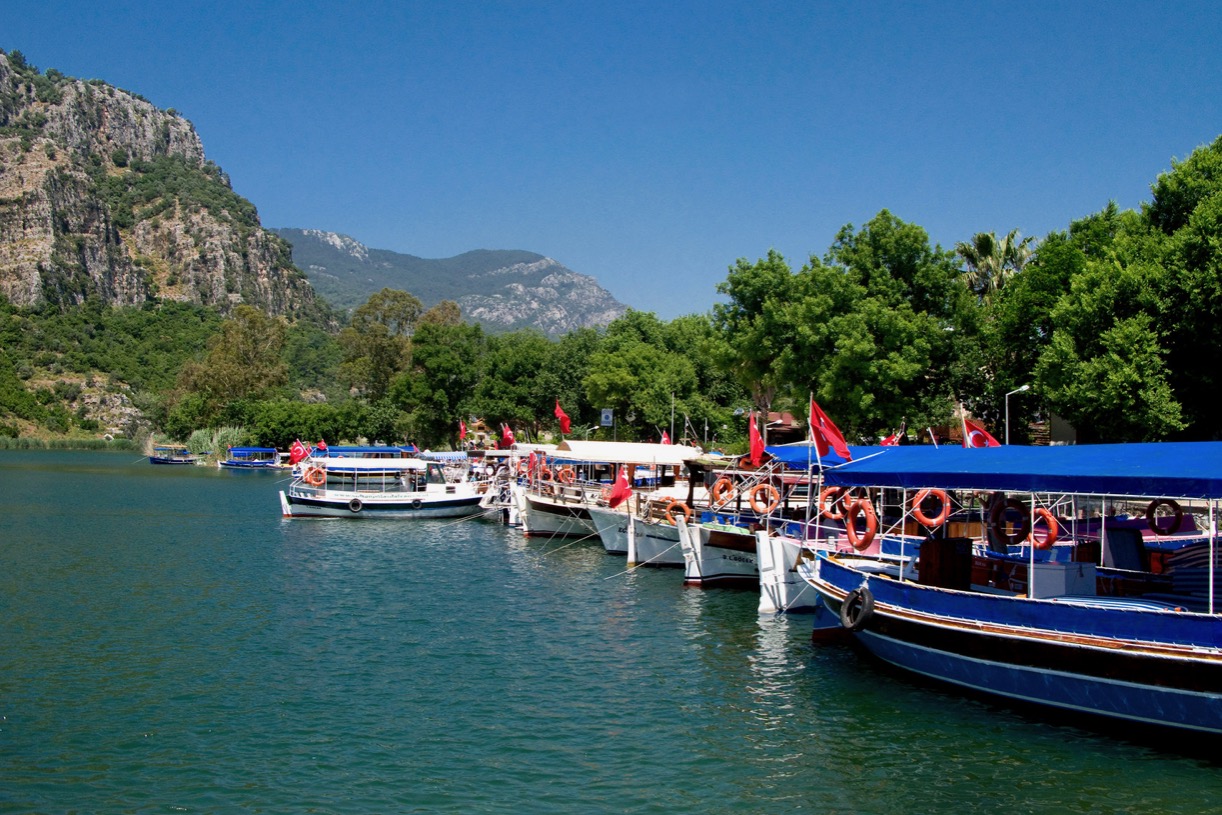 The delta of the Dalyan River and Istuzu Beach (4km long) are among the last remaining natural habitats for sea turtles and many species of water bird such as the cormorant, sea eagle, pelican and stork. A boat trip through this reed covered delta is an ideal way to enjoy the scenery. On the banks of the canal, between the sea and lake Köyce, lies the archaeological site of Caunos and many rock hewn tombs adorn the cliffs. The excursion will take you to the village of Dalyan which is known for its fine seafood restaurants serving bass and mullet fresh from the river. Fish have always been plentiful in these waters and the name “Dalyan” literally means “fish-trap”. 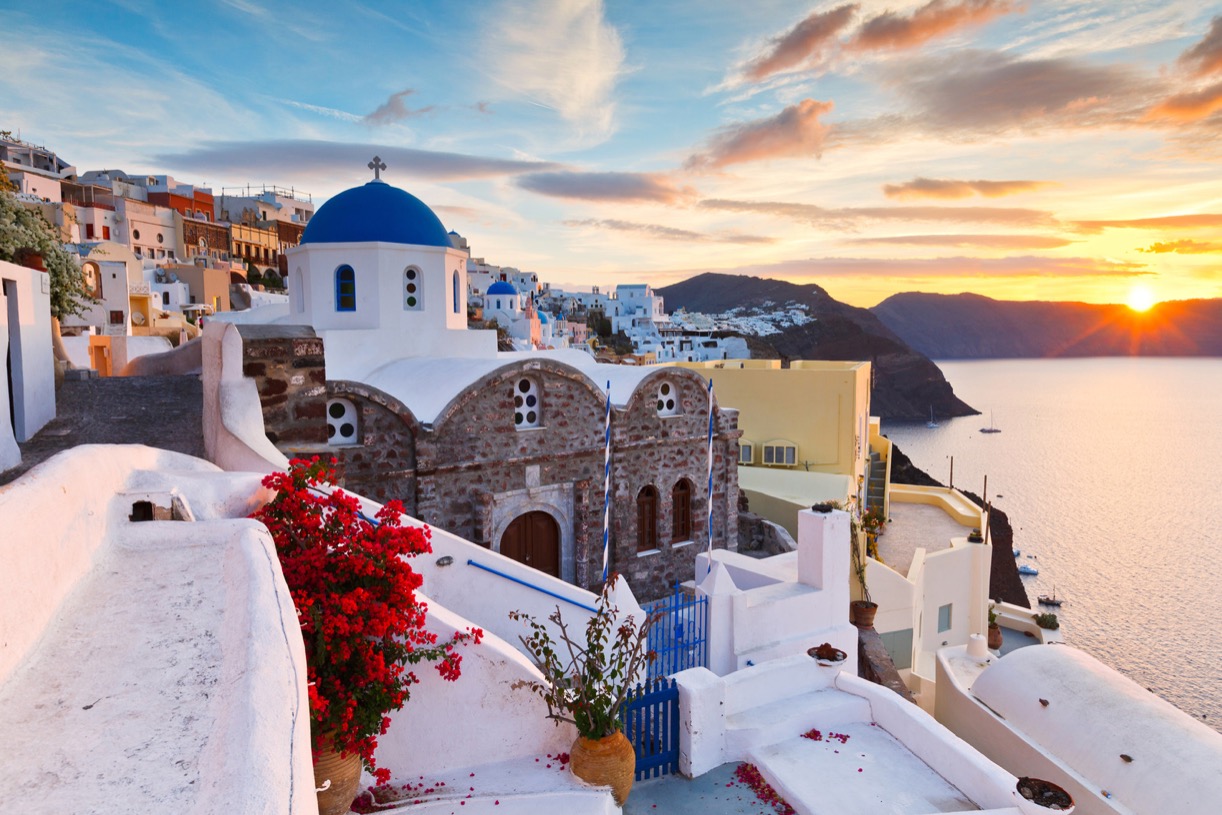 Upon arriving at Santorini, you are greeted by dramatic views of vertical cliffs of gray lava and white pumice rising nearly 1,000 feet above the sea. The island is part of the remains of an ancient island destroyed in a catastrophic volcano eruption which took place around 1350 BCE. The explosion is said to have altered the course of history in the ancient world. What remains has become one of the most famous of the Greek Isles simply because of its dramatic beauty. The town of Thira situated on the rim of the volcano is stunningly attractive with whitewashed and pastel-coloured buildings. The cafes and hotels built on the hill overlooking the harbour offer one of the most spectacular views in the world. Santorini will start to weave its magic as soon as you take the cable car from the harbour to the town, and gaze upon the awesome spectable of Nature in all its dramatic beauty. The more adventurous among you can take a donkey ride to the top of the mountain – a special treat in itself. The striking beauty of Santorini is something every visitor long remembers. 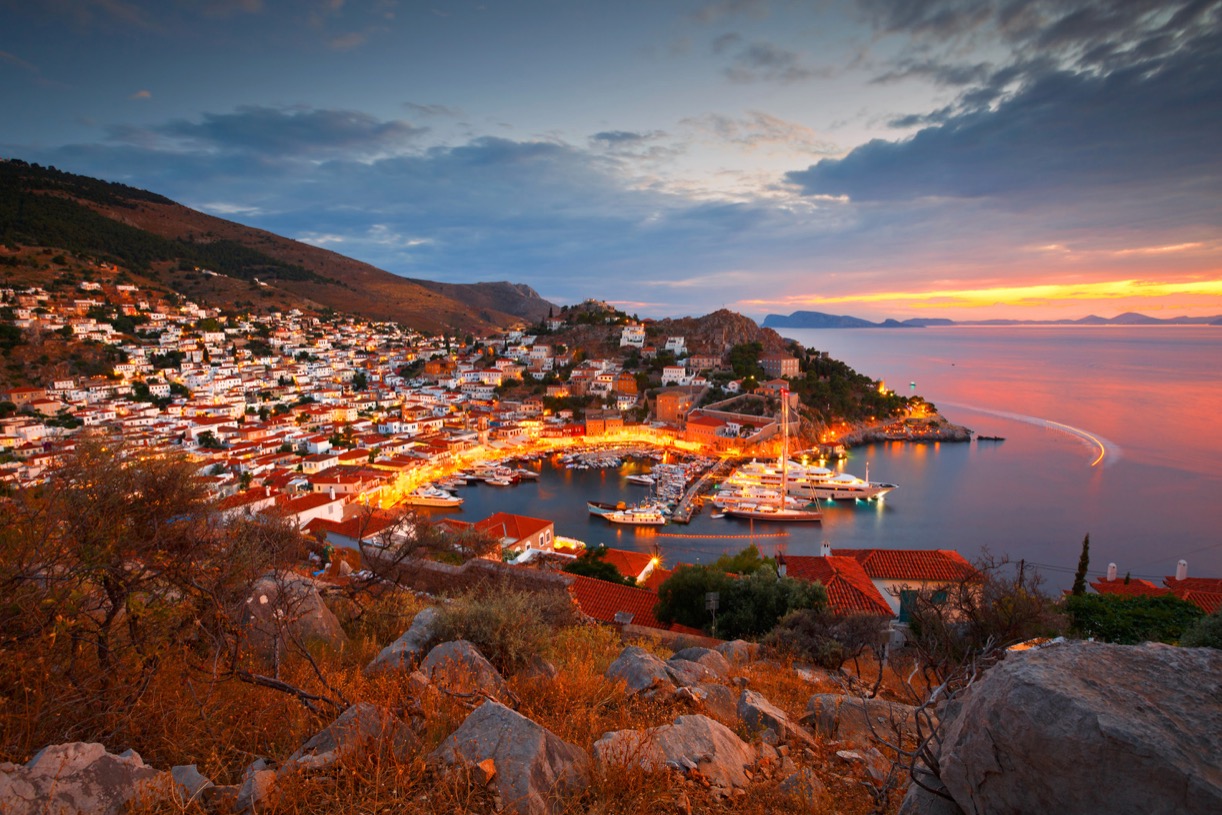 According to legend this beautiful island was once the home of the Hydra, the many headed monster killed by Heracles, hence its name. These days it is considered the most cosmopolitan of the Greek islands and many celebrities from Greece and abroad spend their vacations here. It is also beloved by artists from all over the world for its natural beauty and distinctive architecture, which have also made it a favourite film making location.

The town rises up like an amphitheatre from the port area, remaining hidden until the very last moment for those approaching by sea. It owes its unique character to the impressive mansions that were built in the late 18th century for wealthy Hydriot ship-owners by architects from Venice and Genoa. These houses differ from the usual Greek island architecture because of their individuality, size and sloping tiled roofs. During this period, Hydra possessed an important fleet and was sometimes called “Little England” because of its seafaring prowess and flair for commerce. The old ship’s canons in front of the harbour bear witness to this glorious past. In some measure the long naval tradition is upheld to this day, as the island is home to the Merchant Navy Officer’s training school.

No motor vehicles are allowed on Hydra, a designated Landmark Preservation area, and all transport is by boat, on foot or by donkey.
The island is an irresistible mixture of old and new with night clubs, bars, waterfront cafés, restaurants, and boutiques blending harmoniously with picturesque lanes and bare hills dotted with dazzling white chapels and windmills. 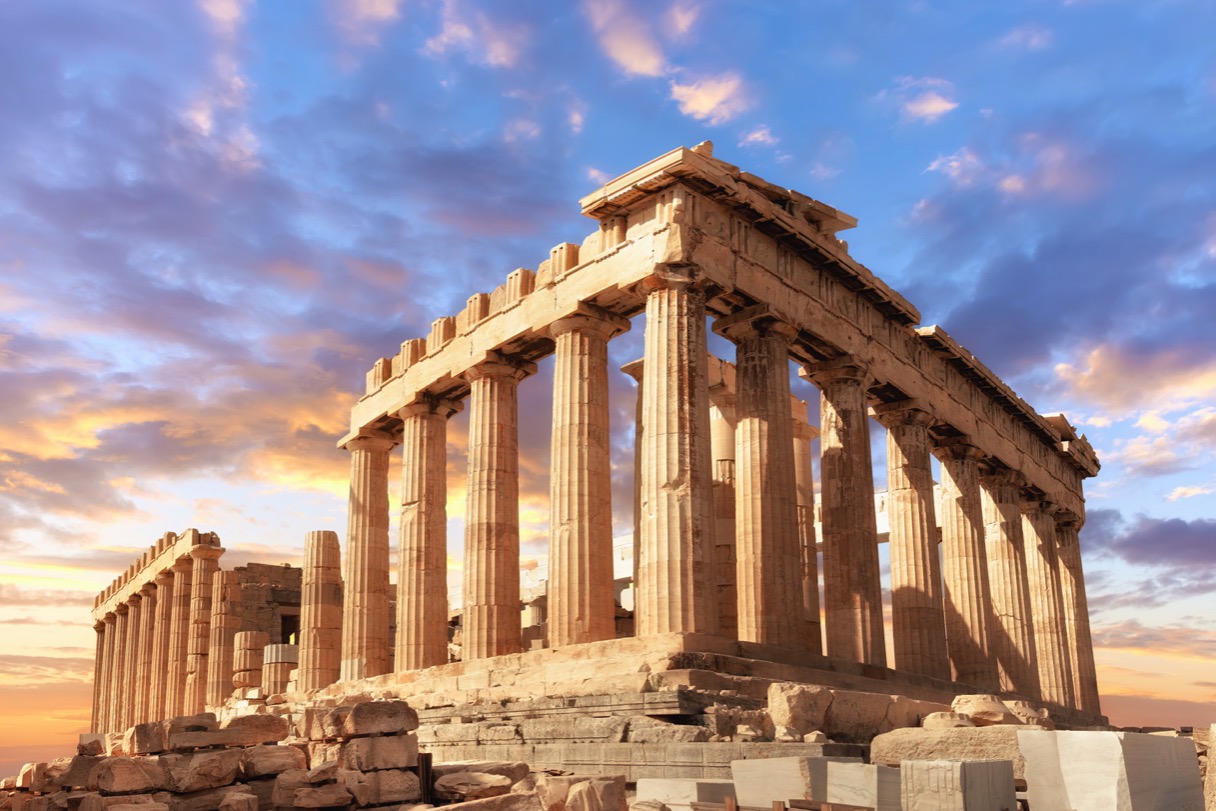 For some, this will be the end of the journey.  We will disembark the ship and transport guests to the airport.

For any who are interested in extending their adventure, we will move to a local hotel and prepare for an extra day of exploring the historical and modern beauty of Athens, Greece.

The earliest Athenians were of Ionian stock, arriving on the peninsula in about 2000 BC. Little is known of the early rulers, apart from the fact that they were kings. By the 7th century BC they had been superseded by Eupatrids, the aristocracy of the eleven noble families of Attica. The next development from aristocratic rule came with Solon, the “Father of Democracy”, who initiated the idea of rule by the people, creating assemblies of ordinary citizens. Following Solon’s democracy came the Age of the Tyrants, a system of rule largely established by Peisistratus in about 546 BC. The idea was to remove much of the power from the nobles and to favour merchants, farmers and ordinary people. Athens, particularly the Acropolis, became one of the chief religious centres in Greece and by 600 BC there were many temples, fragments of which are to be found in the Acropolis Museum. The year 450 BC saw the beginning of Pericles and his “Golden Age”.

In 1832 Otto, a Bavarian prince descended from the Greek imperial dynasties of Komnenos and Laskaris through his ancestor the Bavarian Duke John II, became the first modern King of Greece. The new city of Athens was planned by the Greek architect Cleanthes and the German, Schaubert, around Otto’s austere palace. Situated on a small promontory above the Tomb of the Unknown Soldiers, the palace dominates Syntagma Square (Constitution Square).

From Syntagma Square, Amalia avenue, (named after Otto’s Queen Consort), leads past the National Garden and the Zappion Park to Hadrian’s Arch. Behind the park the stadium built for the first modern Olympic Games held in 1896 occupies the same site as that used in ancient times. The mountainous region of Attica and Athens, though barren and infertile, enjoys a superb climate. 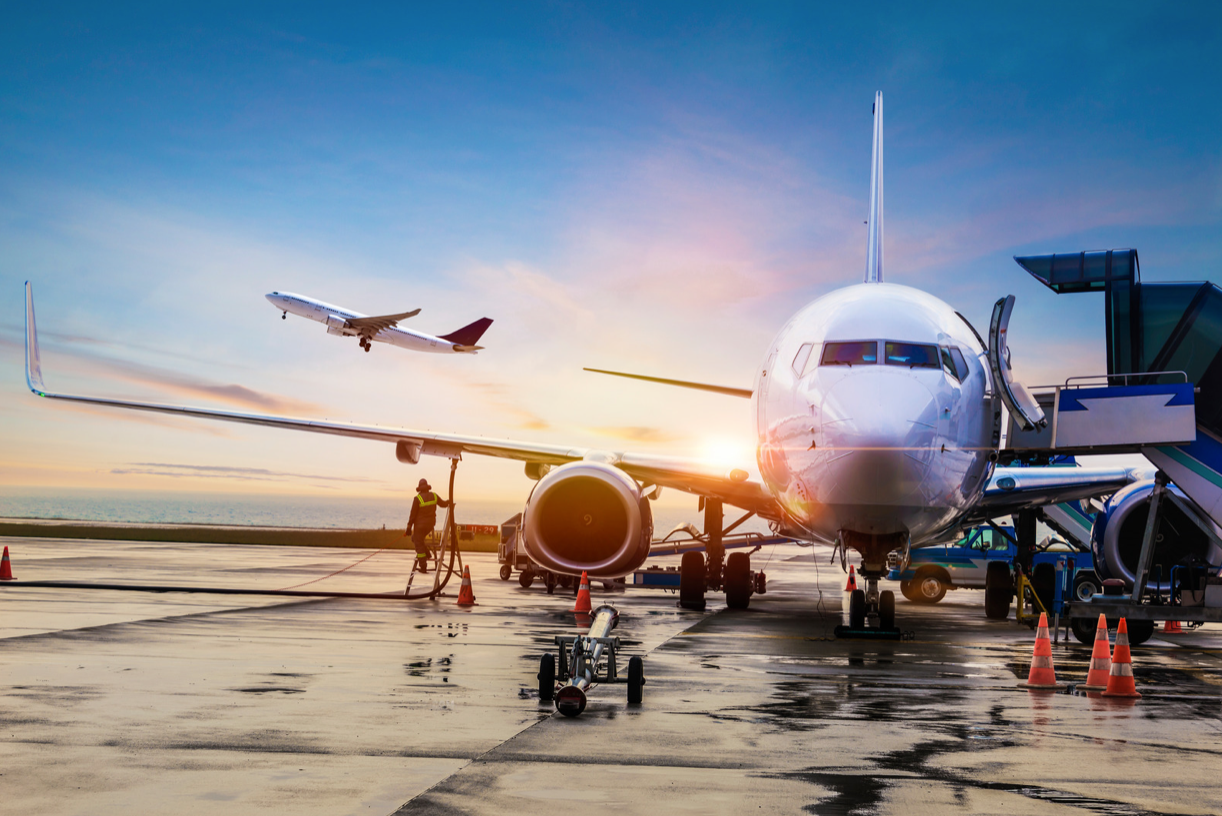 Our last day in Athens, Greece.  We part ways and say goodbye to this beautiful country and new friends.

Stay longer and explore the local area or transfer to the airport for your flight home.

Come experience for youself how beautiful the Southern Cyclades are.

I want to come! Book me now.

"One's destination is never a place, but a new way of seeing things" ~ Henry Miller