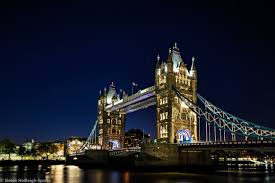 U.S. News has complied a list of the world’s best places to visit.  Here is what they found to be the top 10.  We hope these recommendations can help you as you look at your next vacations destinations.  Cast your vote to help them determine next years list.  Worlds Best Places to Visit in 2015-2016 >>

#1 London:  London is a world unto itself.  The blend of historical landmarks and modern-day attractions can keep you occupied for days. Visit the Tower of London and the British Museum or explore Portobello Road and Borough Market or take a ride on the Eye of London to see the beautiful city from above.

#2 Bora Bora:  It’s hard not to be enchanted by this beautiful destination, from it’s lush jungles that extend into sky high volcanoes and sand stretched beaches around the island. When you’re not relaxing on the beach take some time to hike Mount Otemanu or look at the aquatic life at the Bora Bora Lagoonarium.

#3 Barcelona:  This city is a feast for the eyes, you can walk past medieval architecture in the Barri Gòtic and Gaudi’s innovative creations at Parc Güell, check out the excitement and buzz of Las Ramblas and watch a world class fútbol game “FC Barcelona”.

#5 Sydney: This city offers more than just the Opera House and the Sydney Harbour Bridge. Sydney boasts a warm, sunny climate ideal for enjoying the city’s beaches. The sands at Coogee and Bondi draw more than just the tourist but the locals as well.

#6 New York City:  New York City hosts the infinite urban adventures.  You can wander through Central Park, tour the exhibits at the Met, catch a Broadway show and check out he stylish boutiques of SoHo’s.   Then at night, admire Manhattan’s glittering skyscrapers from the top of the Empire State Building.

#7 Maui: Maui is one of the most beloved of all the Hawaiian Islands by locals and travelers alike.  From it’s exotic beaches (like Kaihalulu), palatial resorts (like the Four Seasons Resort Maui at Wailea) and lush terrain (as seen in the Iao Valley State Park).

#8 Rio de Janeiro: As the upcoming host of the 2016 Olympic Games, Rio is South America’s hottest destination and not just for its warm weather. The famous Christ the Redeemer statue presides over Copacabana Beach. And you’ll be hard-pressed to find a livelier event than Rio’s Carnival.

#9 Cape Town: This South African city appeals to mellow travelers and adventure seekers alike. Jump-start your day by climbing Table Mountain then, sunbathe along Clifton Beach’s khaki-colored sands or tour the vineyards of the Constantia Valley

#10 San Francisco:  Just some of San Francisco’s charm comes from is vast array of gourmet restaurants, funky boutiques and laid-back vibes.  A ride on the cable cars and a visit to Alcatraz are a musts when visiting this beautiful city. And, of course, don’t forget to visit the city’s crowning architectural achievement, the Golden Gate Bridge.